An Alternative Vision for the Eurozone Crisis

The Eurozone crisis has been reduced, according to the mainstream diagnosis, to a fiscal crisis caused by excessive public spending and a competitiveness gap between North and South. The mainstream solution is to close this gap by means of ‘expansionary fiscal austerity’ and wage reductions. This has been admitted even by the IMF to be a dead end.

In our opinion the root of the Euro crisis lies in both the inadequate institutional set up of the Eurozone, which lacks a genuine lender of last resort and sufficiently coordinated fiscal and wage policies, and on an over-liquid and under-regulated international financial market that was more than happy to finance any imbalance – no matter how unsustainable it was.

What we had in Continental Europe were mutually dependent models of growth. The mercantilist export-led growth of the North could not have been sustained without a (remarkably easy-to-finance) debt-driven model in the South, accumulating trade deficits and private and public debt. In the aftermath of the financial crisis, the private debt was turned into sovereign debt. The Irish case is an extreme example of this process. The ensuing austerity policies enforced upon the governments increased unemployment to a socially unacceptable level. If continued these policies will lead to a prolonged depression and even more social unrest.

European institutions were and still are not able to deal with such structural imbalances in an adequate way. Mass unemployment and social deprivation resulting from austerity policies is threatening the survival of democracy in the European Union.

Alternative perspectives
On the basis of our diagnosis we are convinced that Europe should reverse the current austerity policy regime. This would require profound institutional and policy change.

In terms of monetary policy, we believe that ECB should act as a credible lender of last resort to relieve the sovereign debt crisis. Strict regulation of financial markets is a further step, and it is necessary to separate investment banking from commercial banking.

In terms of fiscal policy, the link between the ECB and fiscal conditionality should be fundamentally changed. Monetary policy should support and accommodate progressive fiscal rules aiming at employment creation and growth. Budget deficits can only be consolidated in a growing economy.

These growth stimulating policies are consistent with the desired long run stabilization of debt-to-GDP ratios. In the present situation of mass unemployment, these policies do not carry a significant risk of inflation.

We also believe that the adjustment has to be supported by stimulation of consumption via higher wages starting from the core surplus countries (like Germany) where wage restraint policies have considerably contributed to the growing income inequalities and current account imbalances in the Eurozone.

Mutual prosperity of the Eurozone countries and their citizens through demand expansion, rather than demand contraction through fiscal consolidation for the benefit of high finance, must be recognized as the imperative for the political viability of the Euro project. We must have the intellectual honesty and courage to act accordingly. 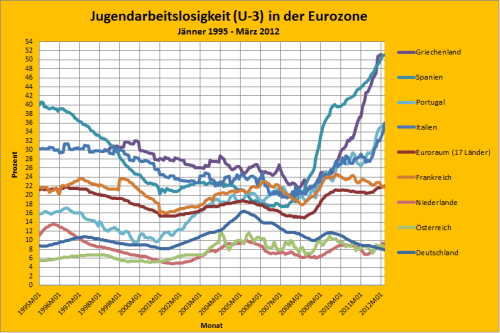